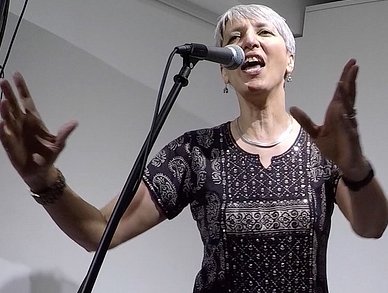 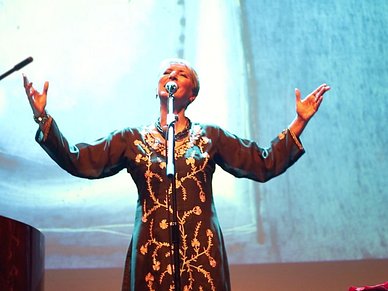 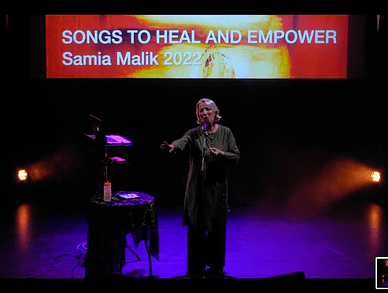 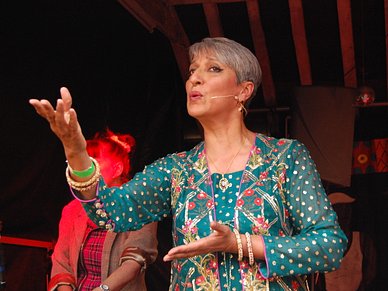 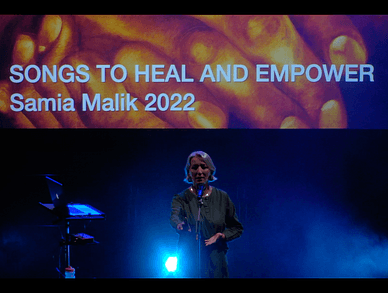 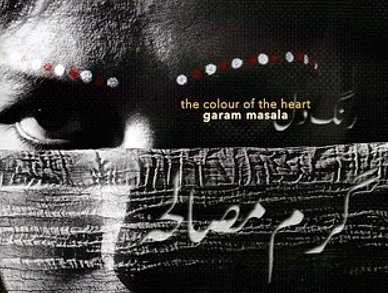 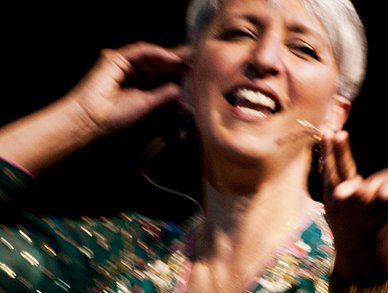 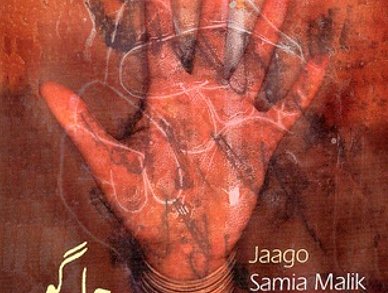 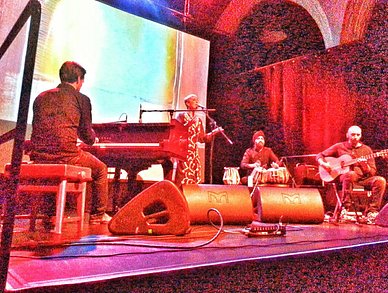 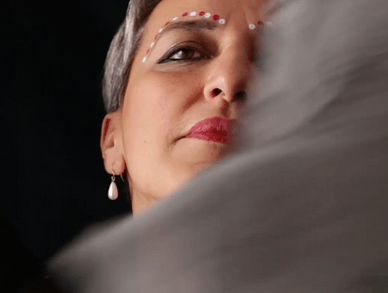 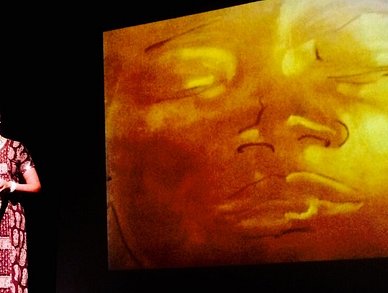 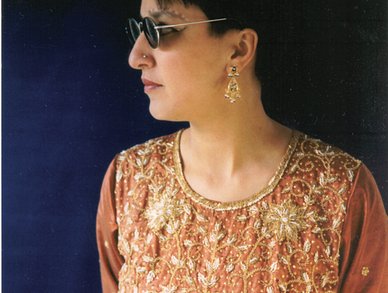 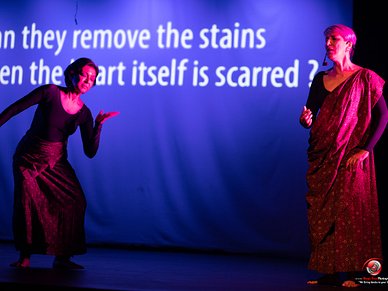 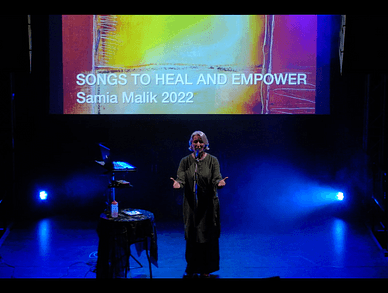 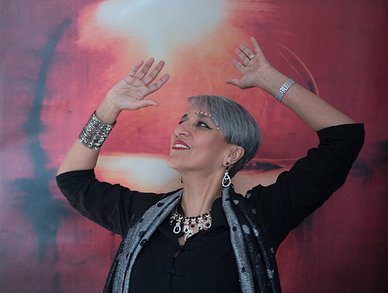 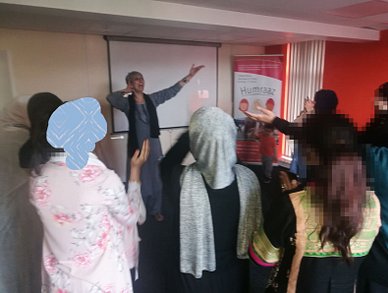 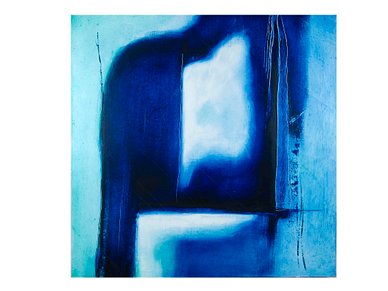 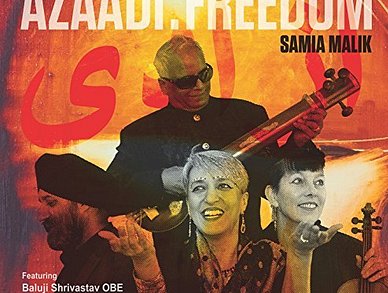 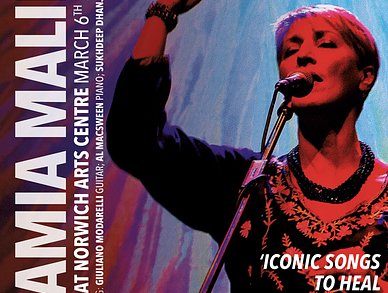 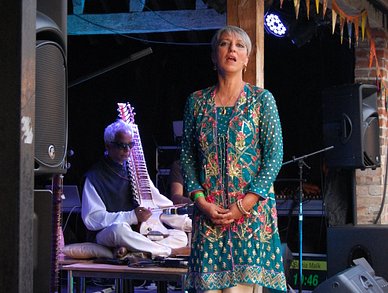 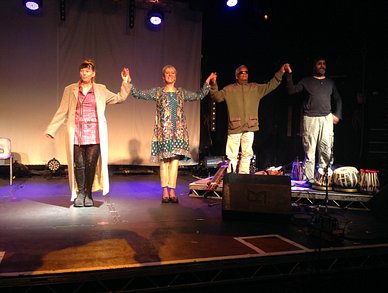 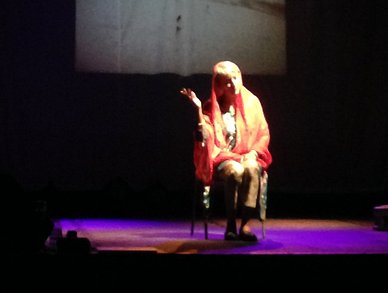 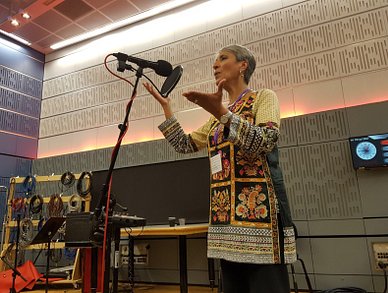 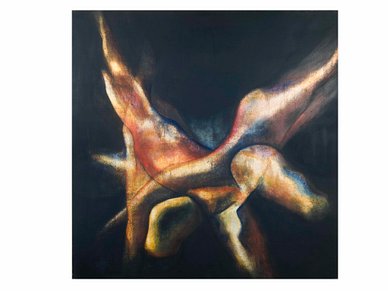 WELCOME TO THE OFFICIAL SITE OF SAMIA MALIK

British Pakistani Samia writes, performs and produces bilingual Urdu and English songs, extending and subverting traditional literary and musical forms to explore contemporary issues around identity, race and gender. Samia is also a visual artist, mainly working in painting and video - her live shows are supported by translations and projections of her original visual art.

BREAKING NEWS: Samia's current project SONGS TO HEAL and EMPOWER 2022  will be released as an album in early 2023 with a UK national tour - watch this space or subscribe to her newsletters to get the latest news!

YOU CAN HELP SAMIA RELEASE AND TOUR THE NEW WORK -

Samia has collaborated with acclaimed world-class musicians, writers and artists including

She has released five albums:

‘For over 25 years Samia Malik has shown that music can be healing as well as entertaining. Azaadi: Freedom charts a compelling journey towards liberation through powerful Urdu and English songs, art and spoken word’  Sarah Albinali Eastern Eye

‘In a world where we are becoming more attune to divisions, ‘Azaadi’ in fact celebrates difference, individualism and originality’  Aisha Farooq DESIblitz

‘Passionate and easily understood across international frontiers’  The Asian Times

Site under construction - please come back soon to see updates!!

'I believe art can inform and transform. At a time when barriers are being put up across the world, it is vital to see how art can unite us, how we can use traditional cross cultural forms to explore important contemporary issues around culture, race, identity and gender'